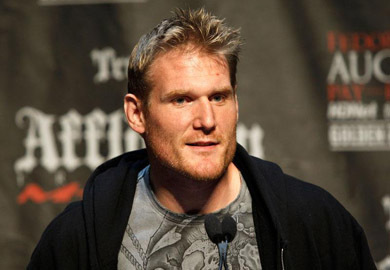 A sign of things to come? Or a tease from the world’s top mixed martial arts promotion? Either way, former Strikeforce heavyweight Josh Barnett (31-6 MMA, 3-1 SF) is now listed as a fighter on UFC.com.

“The Warmaster” is still considered to be one of the top ten heavyweights in the world. He holds notable wins over Antonio Rodrigo Nogueira, Semmy Schilt and Randy Couture. He was a finalist in the Strikeforce Heavyweight Grand Prix, losing a decision to Daniel Cormier in the tournament finals.

What are the chances that he is octagon bound? Let’s hear it Penn nation!