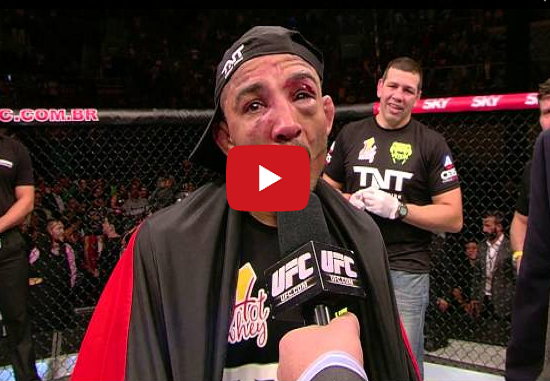 Following his win over Chad Mendes last night at UFC 179, Jose Aldo told Brian Stann during his post-fight Octagon interview in Portuguese that he was the king, Mendes was the prince, and there was also a joker.

Aldo was referring to Conor McGregor, who was sitting cage-side at the event, as the joker.