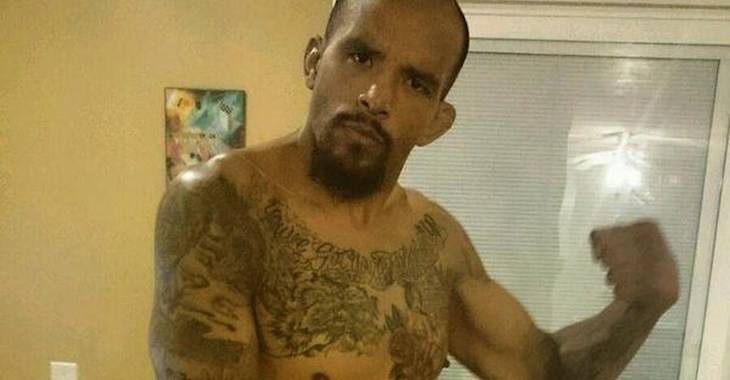 Bellator middleweight standout Joey Beltran (16-11 MMA) is busy preparing for his September 25 battle with Kendall Grove, which will serve as the co-main event for Bellator 143.

“The Mexicutioner” recently sat down with BJPENN.com’s Chris Taylor where he discussed a number of topics, including leaving the sport of mixed martial arts on his own terms.

Here is what Beltran had to say on the subject:

“Now, I’m just really trying to go out on a high-note. Put together a good string of wins and then walk away from the sport on my terms. I’m not saying that this will be my last fight or whatever. But you know, let’s be real. We are not playing chess and we are not playing checkers. We are getting cracked in the head and kicked in face. I had my jaw broken two fights ago. So, I mean we have to be honest with ourselves in terms of when it is time to call it quits. Don’t get me wrong, I love fighting. I’ve always loved fighting! I used to fight in bars for fun before I ever fought professionally. But eventually the ride comes to an end.”

“That was another thing to, after the Emanuel Newton fight and getting my jaw broken, my wife definitely wanted me to retire. I had to talk her in to letting me fight again. I said let me show you that I can perform differently, I’m not just going to go out there and start swinging anymore. I will be more technical and I know I have it in me to do that. So she finally agreed and said ‘Alright, blah blah blah, if you break your face again I’m not going to take care of you.'”

Joey Beltran is coming off a unanimous decision victory over Brian Rogers, which he scored in his middleweight debut at Bellator 136.

“The Mexicutioner” will be looking to carry that momentum in to his fight with Kendall Grove, which takes place later this month at Bellator 143.

Who else would you like to see Beltran fight before he decides to hang up his gloves? Sound off Penn Nation!