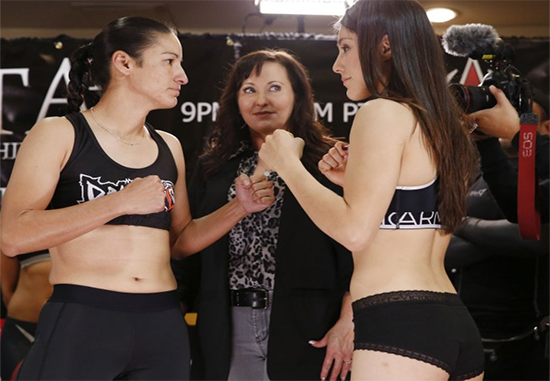 Alexa Grasso improved her record to 6-0 tonight as she dominated Alida Gray in the third fight of the night!

Grasso wobbled Gray with a straight right hand and hunted her down like prey. As Gray stumbled back to the fence, Grasso cut her off with an INSANE right hook/left hook/right uppercut/left hook combination that sent Gray to the canvas.

Gray simply turtled up as Grasso fired shots off and the referee had no other option but to step in and call the fight.