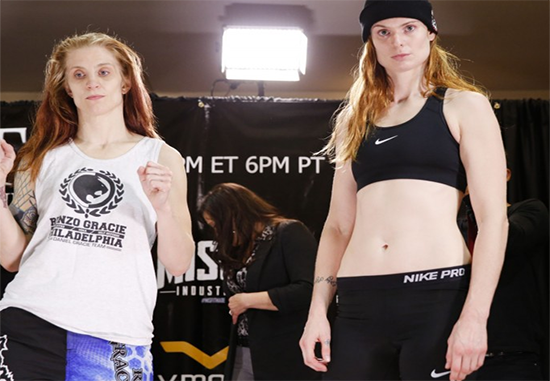 Peggy Morgan and Andria Wawro slowed down the pacing of the event with their low-octane slug fest. Neither woman was interested in taking the fight to the ground and they were apprehensive to get within striking distance. This led to ten minutes of pitter-patter punches and a few decent combinations from both women.

The action picked up in the third when Morgan and Wawro realized it was anybody’s fight at that point. Morgan showed aggression in her own way when she pinned Wawro up against the fence, utilizing her size advantage. While pressed up against the fence, Wawro took several shots to the face that opened up a cut on her cheek. When she was finally able to escape, Wawro took to the offense and dished out some punches of her own. She landed some nice combinations and was starting to pick up momentum but the final horn sounded, signifying the end of the bout.