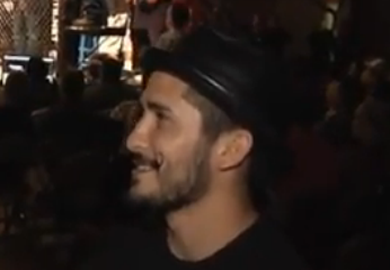 “I’m still kind of pissed off at the fact that I lost (to Demetrious Johnson), obviously, but I think I’m only two or three wins away from getting a title shot.

“Speed is a big thing. With me, the second time I came in too heavy, I mean I cut 18.8 pounds in the last like 20 hours. We weighed in at three or four o’clock and by 10:00 I was 150.5. So it was my own fault, I didn’t diet right. I think I just didn’t take it seriously enough, which for some reason I don’t know why, I finally get to the UFC and I don’t take it serious, I don’t know. I would just go back to like I fought him the first time and not… I was thinking too much and I don’t know, I didn’t fight like I should have.

“It kind of sucks because no one likes our weight class right now. … I mean no one likes Demetrious. I guess he doesn’t translate well publicly, I don’t know why. No one likes John Dodson because he’s kind of annoying. He’s cooler in person he just acts like a 12-year-old annoying girl sometimes on TV. I don’t know, it’s weird. I don’t know why he does that and why he thinks it’s like the thing to do but he has his schtick and everyone sticks to it.”