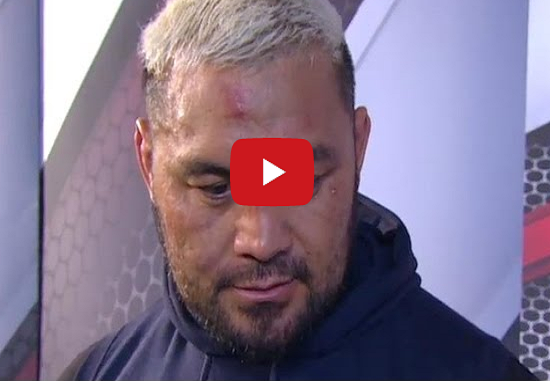 Last night at UFC 180, Mark Hunt was KO’d by Fabricio Werdum. The KO came as a shock to many, especially after Hunt posted an outstanding 1st round where he stuffed Werdum’s takedowns with ease, and had Werdum noticeably hesitant to throw strikes.

Hunt admitted to Ariel Helwani on the FOX Sports 1 post-fight show that his gas was starting to get to him at the time he was knocked out.