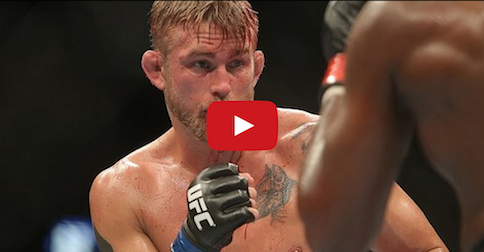 “That’s the fight I want. That’s the big fight I’m dreaming about. I’m going to beat him, I’m going to take that belt from him. But right now, I don’t have time or room for Jon Jones. I’m fighting Anthony Johnson, I need to be the best for him.”

Alexander Gustafsson on what Phil Davis told him about fighting Anthony Johnson: “We’ve been talking and training, and he gave me some advice. But it’s no secret, he’s strong and heavy handed. I’m ready.”

Gustafsson on how he needs to fight Johnson: “He can’t connect the punches. He won’t either. I’m too fast for him.”

Gustafsson on fighting at home in Sweden: “It’s a dream for me to fight is in Stockholm, in the arena – it’s a huge arena. I’m really excited for it. It is pressure and a lot of thoughts and emotions going through my, but it just makes me stronger. I take it as my advantage and I feel great.”