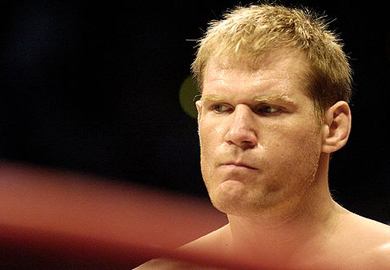 After defeating Chael Sonnen in the main event of Metamoris 4 this past weekend, Andre Galvao has turned his sights to the man that upset Dean Lister in the co-main event of the same card, and won Metamoris’ inaugural title belt: Josh Barnett.

Galvao spoke with MMAFighting about the potential matchup:

“I would like to have a Metamoris belt. It would be cool,” he said. “It’s up to the promoters. I’m here, and I’m ready. If they want it, I’m in. It would be great. I don’t choose opponents. I never did this in my life, I never said I want this or that guy. I would face anyone they want.”

One thing worth noting is that Barnett is the heavyweight champion of Metamoris.

Who do you think would win should this match take place?