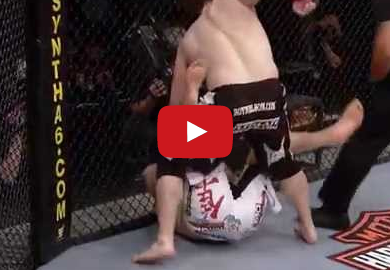 It’s no secret that Roy Nelson possesses some of the heaviest hands in the UFC, in this throwback video to 2010, we see Nelson crush Stefan Struve in just 39 seconds en route to a ‘Knockout Of The Night’ performance.