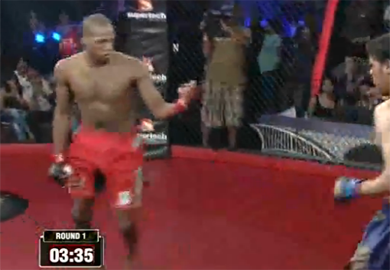 In an odd strategy, that resembled the technique of a Machida-crossed-with-Kalib Starnes, Page was able to avoid any and all attacks from his opponent to literally not get touched even once in route to his first round stoppage victory.