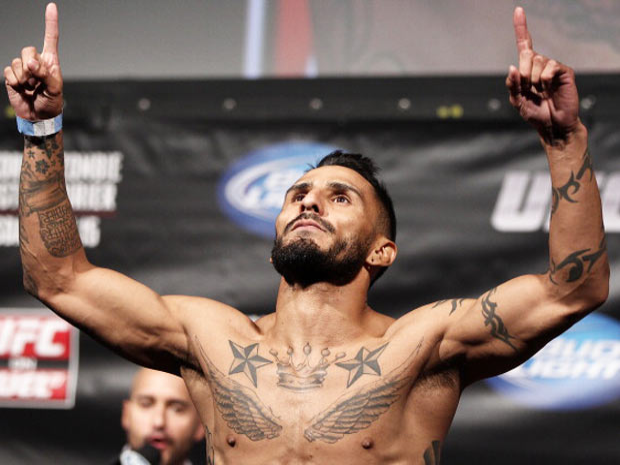 Who’s ready for UFC 181? UFC bantamweight Francisco Rivera is. He spoke with BJPENN.COM Radio this past Sunday about his upcoming fight with “The California Kid”, Uriah Faber.

Checkout some of the highlights below, then go listen to the episode for the full interview, HERE.

“Huge fight, looking forward to it, I can’t wait,” said Rivera, who is coming off of a decision loss to Takeya Mizugaki, “It’s fight week, just cant wait to get down there and do what I have to do.”

Rivera is aware of what it means to fight someone like Faber, who is coming off of a submission win over Alex Caceres at UFC 175.

“Fighting somebody like him is always a huge opportunity. His name alone can easily change my career or change my life and my family’s life. When we got the call, I don’t know if somebody didn’t want to fight him or they didn’t have a fight for him, I don’t know what happened but they called us and we accepted it. I cant wait to get in there and fight somebody like Uriah.”

Rivera was already planning on fighting someone in December, he just didn’t know it was going to be Uriah Faber.

“I was planning on fighting sometime in December, but they hadn’t called me yet, so I was already in training. I was at my strength gym. My manager called me and told me about the fight and asked me what I thought. At first he was like, ‘We don’t have to take it’, but right away I jumped on and took the fight because it’s a huge opportunity for me. I accepted it and that’s that.”