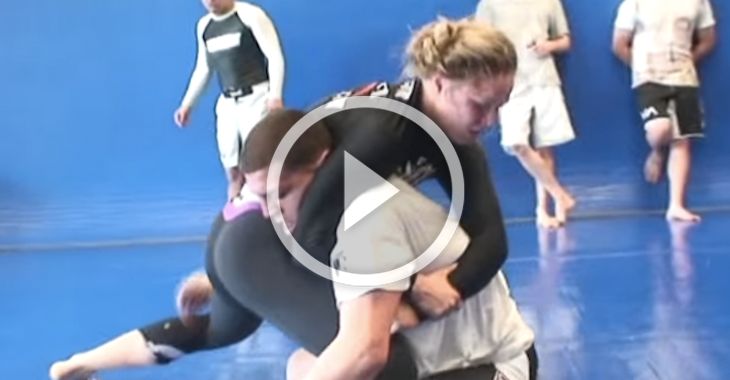 Ronda Rousey proved this weekend that she is one of the biggest, if not the biggest, stars UFC has to offer. Her performance at “UFC 190” set the internet ablaze and received mainstream coverage. Before she was the UFC Women’s Bantamweight Champion, however, she was the queen of Strikeforce on Showtime.

Long before it was even a possibility for women to fight in the octagon, Strikeforce showcased what women’s mixed martial arts was all about. Gina Carano and Cristiane ‘Cyborg’ Justino paved the way for WMMA which allowed Rousey to essentially become the face of the division.

Before he became part of the BJPENN.COM family, Layzie The Savage partnered with MiddleEasy to bring fans behind the scenes of Rousey’s visit to the 209! Check out this five part series of Rousey rolling with the likes of Nick Diaz, Nate Diaz and Jake Shields!