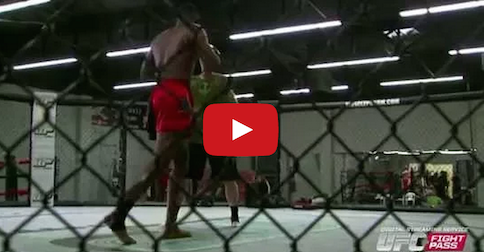 From the moment Jon Jones became a professional mixed martial artist in the spring of 2008, it was obvious he would be extremely difficult to defeat. In the years that followed Jones barely lost a single round, even when facing world championship level opposition. That changed on September 21, 2013, when “Bones” faced Alexander Gustafson.

In this Fightography, “Bones” admits for the first time that he took the 6ft 5inch Swede lightly and this lack of respect almost cost him the UFC title. Looking back on one of the greatest fights of all time, Jones said it was a “privilege” to prove that even when bloodied, battered and stripped of his remarkable gifts, his key attribute remained: the heart of a champion.