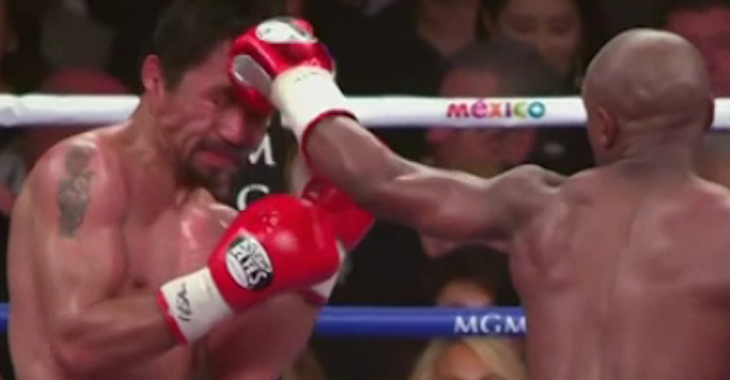 During and after one of the biggest boxing matches of the current era UFC fighters and boxers took to twitter to share their thoughts on the fight. Reactions range from both ends of the spectrum, check it out.

To all the @MannyPacquiao fans, don't feel 2 bad, he gave a good fight. He won before he got in the ring. He made like 80 mil!? 😂 #ThatsAWin

We waited 5 years for that… #underwhelmed #MayPac

I get shit for supporting Floyd but I support Floyd the boxer 💯💯💯. I really don't care what he do in his recreational time rt

Manny did nothing to counter Floyd's movement, it's called boxing not let me stand here and let you hit me.

Even @JonnyBones dash cam has not seen this much hitting and running.

@FloydMayweather by dec as I said. Wish he would of fought to give everyone their moneys worth. Do it again for half the price.

I'm with most of y'all i wanted to great fight. I wanted to see Floyd pushed 2 but honestly speaking Manny didn't fight. He tried to box.

After all the hype and build up the fight is over. Manny is all class. Floyd highly skilled. But MMA reigns supreme in the fight world #ufc

Im just not into the boxing, running style. I like jumping out of my seat because a fight was existing and the fans got their money's worth.

That felt more like a business transaction than a fight. Respect to Floyd though. Boxing is not the style of fighting to stop him.