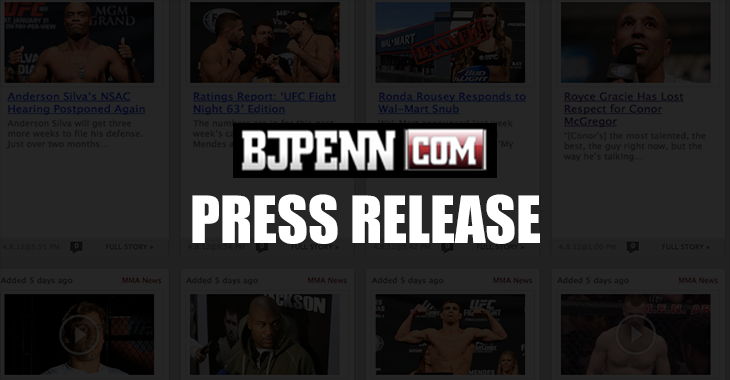 Hilo, HI – As part of our continued dedication to promoting and covering the sport of mixed martial arts (MMA), BJPENN.COM, the world’s largest independently owned and operated MMA news source, would like announce the hirings of Michael Mardones and Jonathan Kirschner.

Mardones, who is affectionately known in the MMA world as ‘Layzie The Savage‘, will assume the role as Lead Videographer for BJPENN.COM. “I’m proud to be part of the family,” stated Layzie. “And now, with the support of the BJPENN.COM team I will be able to maintain my high-standards for quality video content, while delivering more consistent coverage to help promote the sport of mixed martial arts, and the fighters. I’m stoked!”

Layzie brings with him several years of experience in the field of videography. His films have garnered, not only millions of unique views, but also unparalleled relationships with some of the sport’s biggest names. What Layzie brings to the table is something no other videographer in the business can: Candid interviews with elite fighters and behind the scenes footage of training camps with top of the line production.

Jonathan Kirschner was brought on board as the new Lead Writer for BJPENN.COM. Jonathan comments, “I am excited to start a challenge within BJPENN.COM as the new lead writer for the website. BJPENN.COM has proven to be the largest news source for MMA and I cannot wait to work with my team to help it grow even more.”

Mr. Kirschner has over eight years of experience in writing and a wealth of knowledge about combat sports. As well as working with BJPENN.COM, Jonathan’s work has also appeared on Fox Sports.

About BJPENN.COM:Owned by 5x UFC champion BJ “The Prodigy” Penn,  BJPENN.COM is the world’s largest independently owned and operated news destination dedicated to the sport of Mixed Martial Arts.