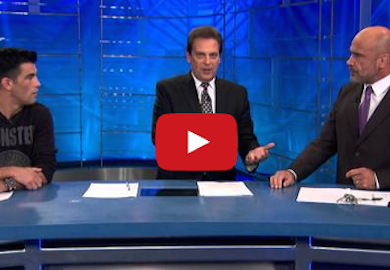 UFC bantamweight fighter Dominick Cruz and Inside MMA hosts Kenny Rice and Bas Rutten weigh in on the controversial delay during last week’s fight between Tim Kennedy and Yoel Romero at UFC 178. In this clip, Cruz and the two hosts discuss the implications of extra time between rounds and share their opinion on the situation.