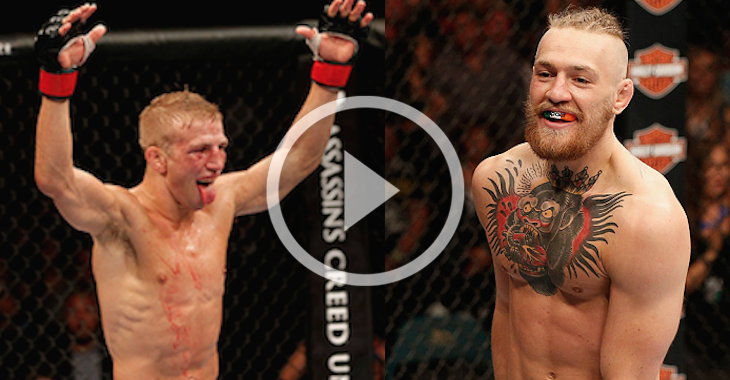 During the 90-minute broadcast, the panel touched on an interesting topic… The stench of Conor McGregor.

“That’s a great technique. A great technique he uses to out-stink his opponent,” chimed the UFC bantamweight champion, when the topic of McGregor’s odor came up.

“So, after the fight you get checked by the doctor, they draw your blood to get drug tested, all that stuff…

Back in the tent when Chad was getting his blood done, none of the doctors could hang out in there because of how bad it smelled.”

He’s got the worst B.O. ever. It’s so bad, it will make you want to gag and throw up. If it was a cartoon there would be stink lines coming off.”

Sympathetic towards the circumstance, Dillashaw chose to look on the bright-side of McGregor’s recent hygiene problems. T.J. stated, “Obviously he’s getting ready for a fight so he could care less… At least he looks good, he’s dressed to impress.”

We’ve embedded the clip above, so you too can hear it from the champ himself.