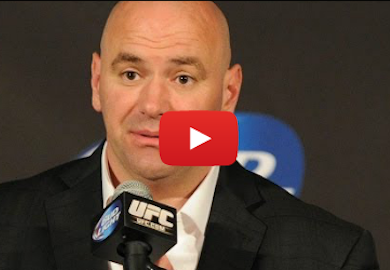 UFC president Dana White clarifies his views about the Nevada Athletic Commission after naming GSP the winner in his bout vs. Johny Hendricks.