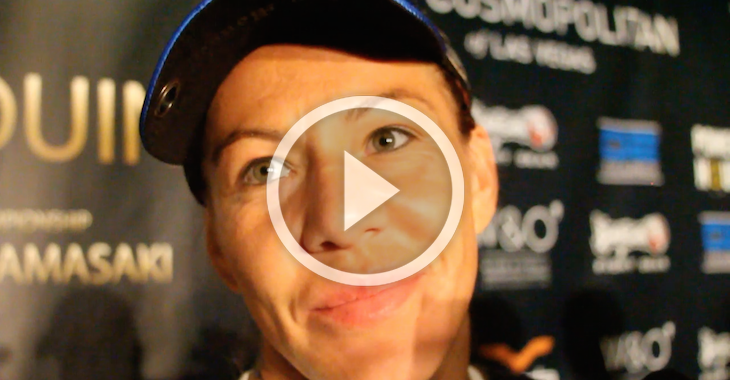 BJPENN.COM’s Layzie The Savage was on-scene following last week’s Invicta FC event, and got Cyborg’s thought’s on the newly announced USADA ban on IV’s in the UFC.

Cyborg, who has long campaigned for a fight against UFC champion Ronda Rousey, currently resides under the Invicta FC banner as a UFC signed fighter. She competes and is champion in the 145 pound division.

When asked if the IV ban is bad for her potential cut to 135 pounds, where Ronda Rousey is champion, Cyborg stated simply, “Yea!”

Her full statement is embedded above.