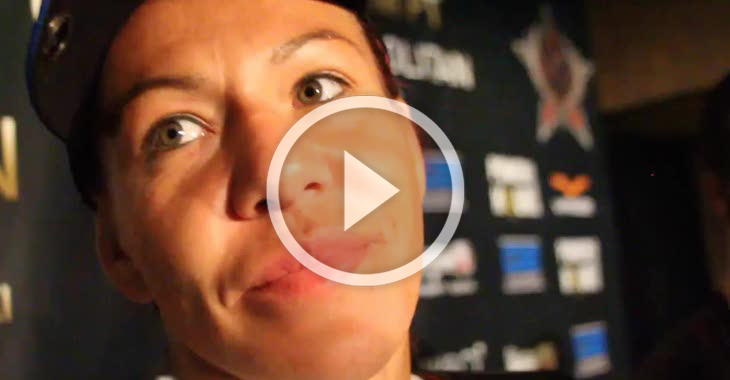 Which is why it comes as no surprise to learn that she is of a rare breed of ZUFFA fighter not fighting under the UFC banner.

But how is her relationship with her longtime antagonist, and new boss Dana White?

“Dana White, I never talked to him,” said the Invicta FC champion. “I saw him just one time. Fertitta I [have] talked [to] more times.”

Fans are hoping for Cyborg to make the necessary adjustments to the UFC’s bantamweight division, for a fight against Ronda Rousey.

– Shot by BJPENN.COM’s Layzie The Savage.