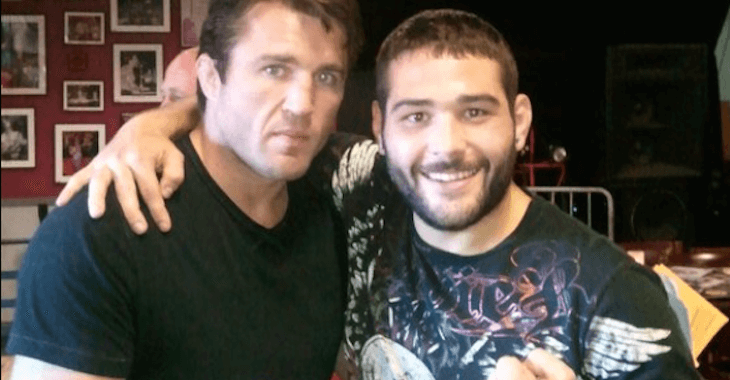 Chris Mintz is an amateur MMA fighter with a background in wrestling and is now being hailed as a hero.

Mintz was present for the shooting at Umpqua Community College in Oregon, that took place on Thursday and witnesses say he acted as a hero, possibly saving a whole classroom of students while putting his life on the line.

One witness, Pastor Dennis Kreiss, talked to People magazine and told them what Mintz did to protect a room full of people.

“He told all the students in his class to get to a safer place. He went outside of the classroom and stood by the door to make sure the shooter didn’t come in. When the shooter came out of the classroom he confronted him and said, ‘You aren’t getting by me’ and at that point the shooter shot him five times and the shooter moved on and apparently didn’t go in that classroom. I applaud the guy’s heroism. He may have saved the people in the classroom. Many people are depraved in our society and he was ready to lay down his life for his friends.”

In a separate interview with NBC, Mintz’s aunt, Sheila Brown, credited his MMA and wrestling background, saying, “He was on the wrestling team and he’s done cage-fighting so it does not surprise me that he would act heroically.”

Mintz was shot five times, but managed to survive the tragic event.