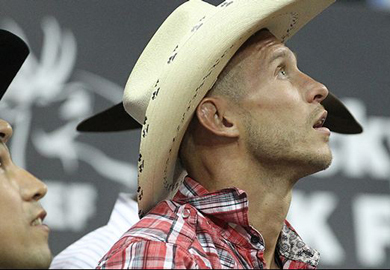 “I’m looking forward to that fight. Hopefully December we’re gonna get it, beginning of January. My side of the deal is signed. (I’m) just waiting on him while his shoulder is rehabbed. There’s been a lot of shit talking back and forth, so it’s gonna be fun. It’s gonna be for the fans. I think it’s gonna be Fight of the Night for sure. He’s well-rounded. I think my wrestling is better than his but if we go to the ground he’s good on the ground, if we stay standing he’s good there. It’s gonna be a helluva fight. I’m packing a lunch. I’m ready for three rounds of hell. I’ll fight him on an undercard, I don’t care.”

In an interview with MMAInterviews.tv, top lightweight fighter, Donald Cerrone discusses his upcoming battle with Anthony Pettis and the rivalry between the two standouts.

Check out the full video interview below: