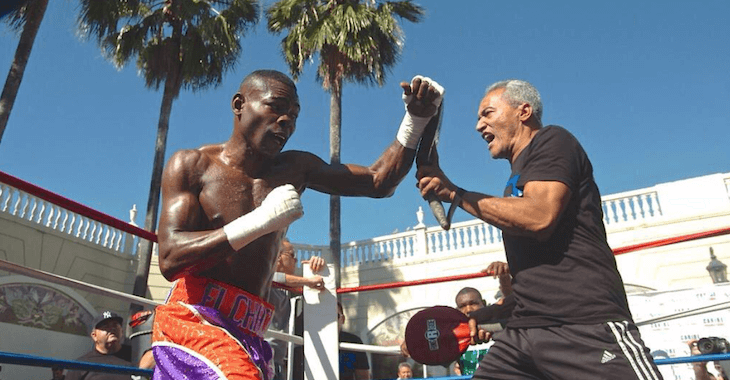 It seems like there’s a lot of belt stripping these days, both in MMA and boxing. Well it seems likely that we’ll be adding another name to the list, with boxer Guillermo Rigondeaux, who is the WBA/WBO super bantamweight champion.

It’s being reported that Rigondeaux is on the verge of being stripped by the WBO because he has failed to stick to their rules and hasn’t defended his belt in more than 9 months, since his win over Japan’s Hisashi Amagasa on December 31. 2014.

According to ESPN’s Dan Rafael, the WBO sent Rigo a letter stating that he has 10 days to write back and “to show cause” as to why he should not be stripped. Based on past situations like this, he will likely lose his belt. He has no real reason, he’s not injured and has been offered fights in that nine month span, that he’s turned down.

So, expect his belt to be no more.