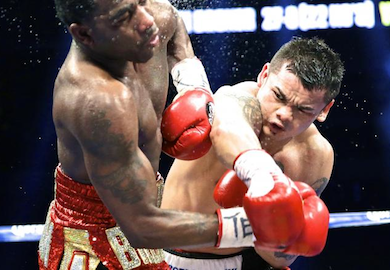 In the latest showing of poor sportsmanship, previously unbeaten Adrien Broner was seen humping his opponent, Marcos Maidana, during their main event last weekend in the sport of boxing’s big event.

Despite this poor display of sportsmanship, Maidana, unfazed,  was able to walk away with the WBA welterweight title with a unanimous decision win over Broner.

Here’s the video coming by way of MMA’s own Derek Brunson:

I just unfollowed Broner for this stunt -_- https://t.co/B88WLDrIW4 #boxing #BronerMaidana