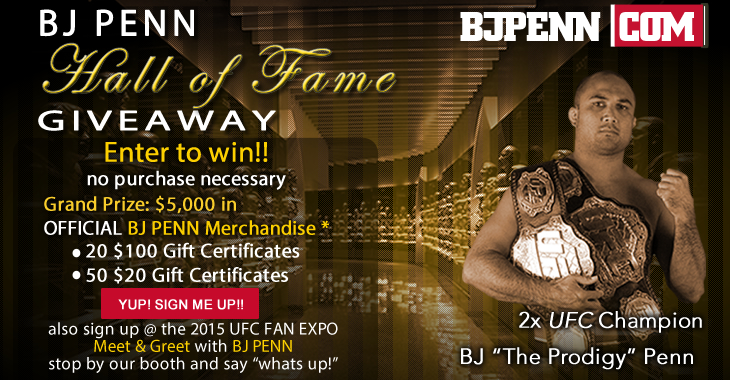 Heads up BJPENN.COM readers, check out this BJ Penn Hall of Fame Giveaway.

BJ Penn, 2x UFC champion, will be inducted into the promotions Hal of Fame in July during the UFC Fan Expo in Las Vegas, NV. In honor of the accomplishment, we will be giving away THOUSANDS of dollars in official BJ PENN merchandise.

You really do not want to miss out on this giveaway, so sign up HERE for your chance to win!

Also, if you are going to be at the UFC Fan Expo be sure to stop by the official BJPENN.COM booth and say what’s up and sign up in person!