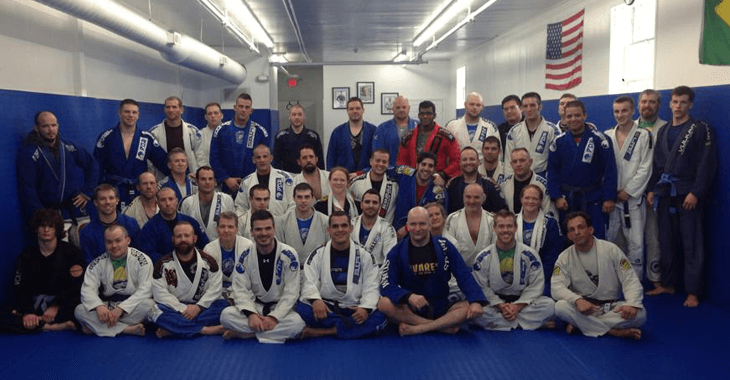 The “24-hour Roll-A-Thon” will have Harris do continuous training with various training partners in efforts to raise funds for New York Oncology Hematology’s Community Cancer Foundation, which helps Capital District families with some financial support that have a loved one battling cancer.

In November 2014, Laurie Harris, Rich’s wife and mother of three, was diagnosed with Multiple Myeloma, a blood cancer of the bone marrow. From December 2014 – July 2015, Laurie underwent intense chemotherapy and a stem cell transplant to help “tap out” the cancer. With Laurie’s cancer now in remission, but knowing it will be a lifelong fight, Rich wants to honor Laurie’s fight and honor his father, Richard, who lost his battle with Multiple Myeloma in 2009, while helping other families meet the tough financial demands of having a loved one fighting cancer.

According to the Saratogian, Harris got the idea from watching club competitions in England and other parts of the U.S.

“The idea of martial arts clubs competing against each other during a 24-hour period to see how many funds they can raise is popular in other places but it hasn’t made an appearance here,” he said. “Maybe this will start it off. I’d love to see one of these held annually in a big gym somewhere with a bunch of club’s involved. I’d like to see it evolve so it’s much bigger than me.”

What do you think about Harris’ efforts to tap cancer out? Share your thoughts in the comment section below!