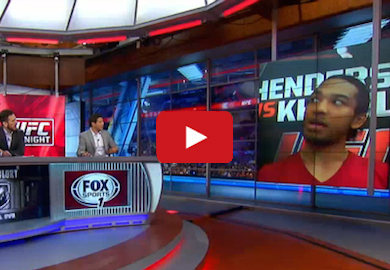 Benson Henderson on if he mixed up who he was fighting: “Sadly that’s a true story. I saw a Tweet and I saw a Russian name and I thought it was Khabib Nurmagomedov because they had a hard time finding him an opponent.”

Henderson on fighting Khabilov: “He’s a great Sambo guy, a world class wrestler. Any time you’ve got two great grapplers going at it, it can end up being a stand-up war. We’re ready for anything, a lot of grappling or a stand up war, just throwing a lot of bombs.”