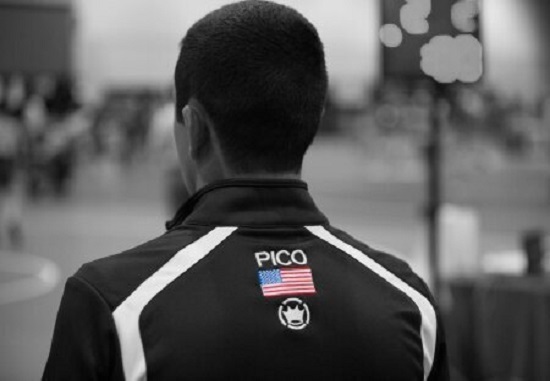 Bellator MMA has signed Wrestling phenom Aaron Pico to a “long term contract” according to an announcement made Saturday night.

The announcement was obtained by MMAFighting.

“When it comes to any big decision I make, I sit down with my family, my management team at Zinkin and the people that are around me that I trust. We wanted an opportunity to achieve my dreams in the 2016 Olympics and transition into MMA, and when we sat down with Bellator, Viacom and Scott Coker, everything just sort of fell into place and I couldn’t be happier to be here and be a part of the Bellator family.”

Pico has plans to compete in the 2016 Olympics, and transition to MMA, something Bellator MMA President Scott Coker fully supports.

“Simply put, Aaron has all the makings of MMA’s next great superstar, and to have him here at Bellator is something special. Like many of us in the MMA community, Aaron is someone we’ve been watching closely over the last few years, and after sitting down with Bob Cook and his team, getting a chance to meet Aaron, and hearing his long-term aspirations, the fit became very obvious. I’m not only excited to see what Aaron is going to be able to do in our cage, but also watching him represent our country in 2016 at the Olympics.”

Look for Pico to make a quick impact on the Bellator MMA rankings when he makes his debut.