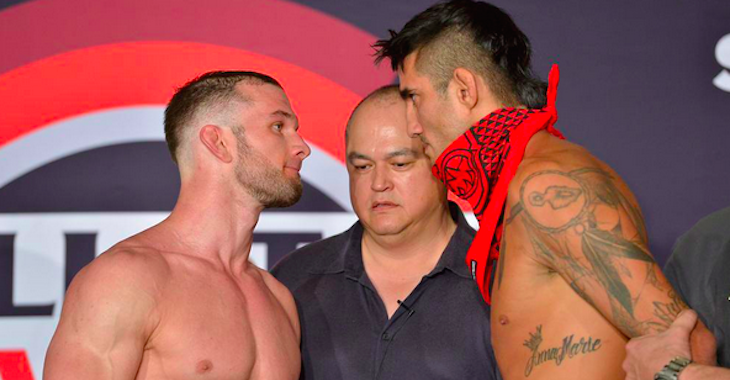 Bellator Middleweight Champion Brandon Halsey was originally scheduled to defend his title against Kendall Grove at Bellator 137, but it looks like plans have changed.

Halsey stepped onto the scales only to reveal that he was over three pounds (188.1) overweight for his championship defense.

As a result of this, Bellator officials informed Bret Okamoto of ESPN that Halsey will be stripped of the title win, lose, or draw. If Kendall Grove walks out of the cage with his hands raised tomorrow night, he will become the new Middleweight Champion.

Brandon Halsey will also have to forfeit 10% of his purse to the California State Athletic Commission and 10% to Kendall Grove.

Halsey defeated Alexander Shlemenko last September at Bellator 126 in less than a minute to win the Bellator Middleweight Championship. This would have been his first defense.

Halsey, 28, won the belt from Alexander Shlemenko last September. This would have been his first title defense.