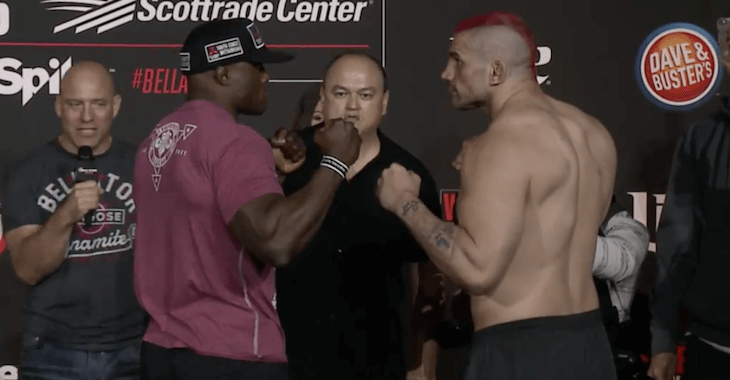 It was a quick one, but boy was it impressive!

Bobby Lashley came out of the gate quick and secured a fast takedown. He then poured the group and pound strikes on James Thompson until the referee stopped the fight, earning Lashley a 1st round TKO.

After 3 years Lashley has finally gotten his revenge on Thompson.