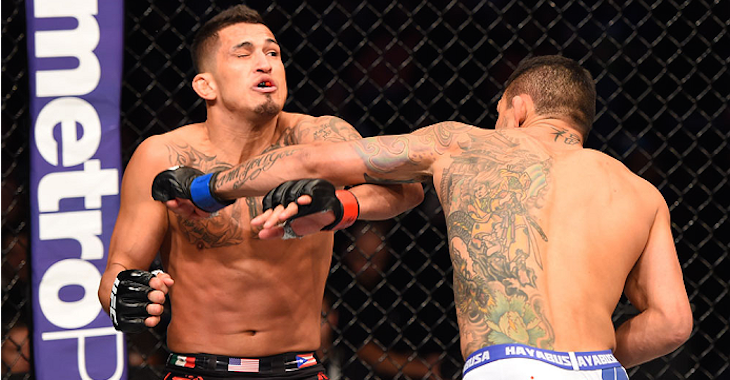 I Want to apologize to all of my supports, came up short last night…. Only way to go is up… https://t.co/0flqrCXkiF

Anthony Pettis is ready to get pass a rough weekend after Eddie Alvarez defeated the elder Pettis via split decision at Fight Night Boston.  Fans and analyst were all over the board on this lightweight bout.

The rankings haven’t been updated on the official UFC site, however, the top 5 still consists of fighters who have either lost or have been out due to  injury is Pettis, Cerrone and possibly Nurmagomedov who will be out for nearly two years since his last victory over Rafael dos Anjos.

Who should Pettis fight next?