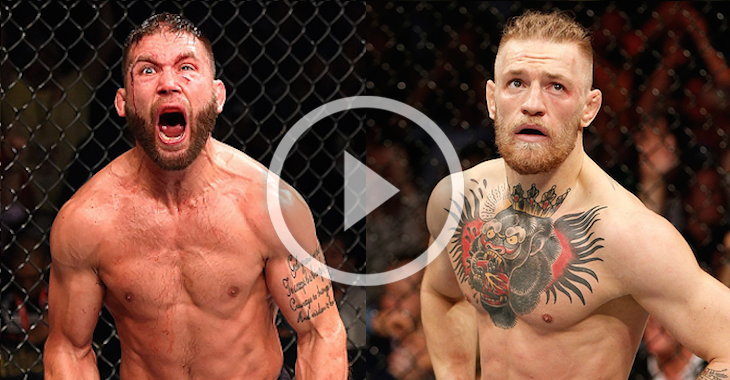 “UFC 189” was truly a beautiful disaster. The event seemed doomed weeks away from the card when Jose Aldo pulled out of his championship fight with Conor McGregor due to a broken rib. The main event was changed to an interim title fight where McGregor finished late-replacement Chad Mendes in the second round.

Mendes was able to take McGregor down several times and keep him there, but McGregor would always find a way back to his feet. Eventually, Mendes was too fatigued to commit to the takedown and McGregor finished him off with strikes.

“Chad had a great fight and he showed a lot of holes in Conor’s game. We didn’t see Chad Mendes in the shape that he was when he fought Jose Aldo. I don’t think [Chad] was ready for that fight.”

When asked who he thinks will win the eventual fight between Aldo and McGregor, Stephens replied, “I gotta go with Jose Aldo, man. He’s proven himself for over a decade. He’s the true champion… I’m not sure when it’s going to happen, but I hope it happens soon so we can keep things moving in the division.”

Stephens had a fantastic showing at “UFC 189” and added another knockout to his highlight reel. The topic was brought up about “Lil Heathen” possibly facing McGregor.

“I don’t think he’ll be talking too much when we’re in a fight,” Stephens said of McGregor. “That’s a fight I definitely want…. He’s a good promoter. He’s got some skills. Conor presents some problems. But he’s fighting a true one-hundred forty five pounder when he fights me. Somebody who’s vicious and will go for it— take risks. I’m just as big as him.”

Who do you think will win the fight between Jose Aldo and Conor McGregor? How many fights away from top-five competition is Jeremy Stephens after his win at UFC 189? Share your answers in the comment section below!