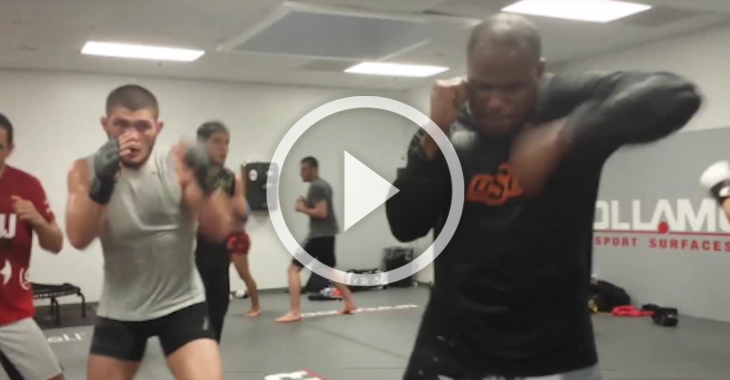 It takes a lot to be considered a world class team in the sport of Mixed Martial Arts, but American Kickboxing Academy is just that. With three title fights coming up and a hungry Russian nursing injuries, the stable in San Jose is about as rich as they come. Video shot by BJPENN.COM’s Layzie The Savage.

UFC light heavyweight champion Daniel Cormier will defend his belt for the first time against Alexander Gustafsson at UFC 192 on Oct. 3. Former UFC heavyweight champion Cain Velasquez will look to reclaim his strap when he rematches Fabricio Werdum. Then, there’s also top middleweight Luke Rockhold who will try to bring another title back to AKA when he challenges champion Chris Weidman at UFC 194, which goes down on Dec. 12.

UFC lightweight Khabib Nurmagomedov isn’t fighting for a title, yet, but is a top ranked 155er who’s looking to make his return after his most recent knee surgery. Khabib is close to the top and a win over someone like Anthony Pettis would propel him into that number one contenders spot.