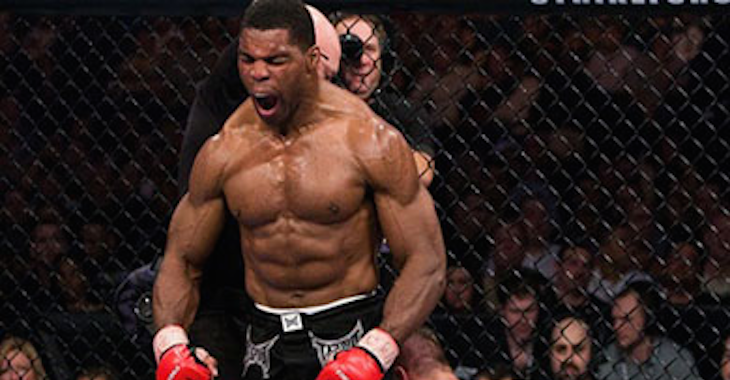 Strikeforce was most known for putting on some of the most bizarre fights in mixed martial arts. After PRIDE closed their doors, Strikeforce was one of the last major organizations to give fighters who would usually have to start out on bottom a major stage to showcase their skills.

Former NCAA Heisman Trophy winner and NFL football player Herschel Walker made his professional fighting debut at Strikeforce in 2010 against Greg Nagy. Nagy was finished in the third round and Walker’s stock skyrocketed in his first fight!

Now, Walker is eyeing a comeback to the cage and Bellator could be his new phone.

“Scott is like family to me. Scott gave me an opportunity to fight and it wasn’t JUST an opportunity. He told me to go get a good training camp in. A mistake is that people think you can just walk off the football field and get right into the cage to fight. Well you can’t do it. I’m living proof that you can’t do it. I had to go to a training camp for nine months before I got my first fight.”

When asked if he could make a comeback to the cage, Walker told MMAFighting, “I’d still fight because I still train, I’d step back in the cage and fight a little bit.”

Kimbo Slice, Ken Shamrock, and now Herschel Walker? Do you think Walker coming to Bellator would be a good idea? Share your thoughts in the comment section below!