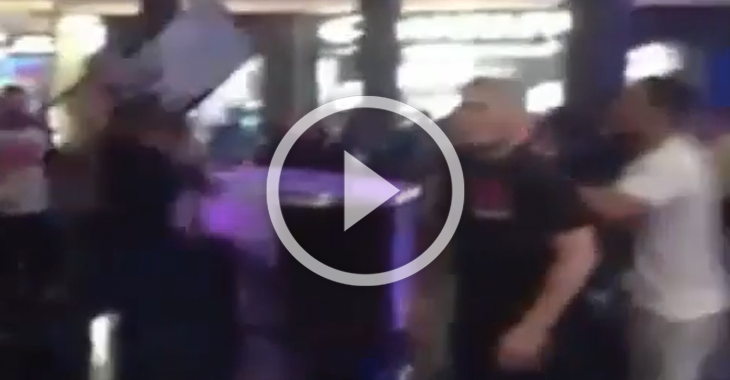 Rousimar Palhares may have defeated Jake Shields in the final fight of “WSOF 22”, but the REAL main event that night was a scuffle between the Diaz Crew and Khabib Nurmagomedov’s crew!

The two groups first altercation took place cage-side at the Planet Hollywood Resort & Casino where the event was taking place. There was a brief scuffle that was halted before things got out of hand, but the brawl eventually broke out of the showroom and got so intense that the cops had to be called!

Check out a four minute compilation of the groups going at it throughout the night in the video above!