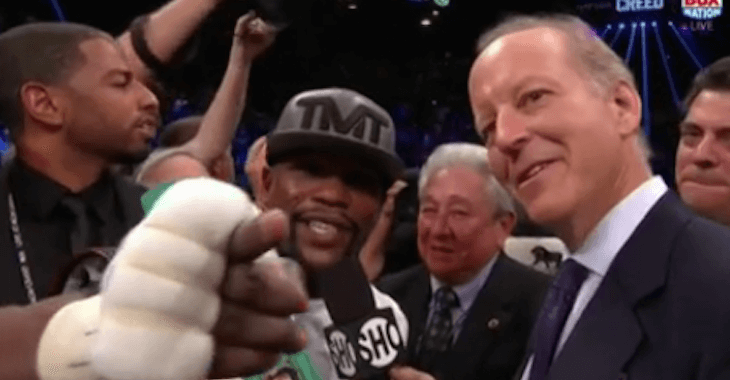 Floyd Mayweather picked up his forty-ninth win in a row on Saturday night when he earned a major decision victory over Andre Berto. “Money” stuck to his guns and strategy despite Berto’s attempts to trash talk him into a scrap. Mayweather seemed to be thankful for all the fans who watched him pick up his record tying victory!

Check out the clip below in the video supplied by the legendary The Viner!

Stay tuned to BJPENN.COM for up to the minute updates on Mayweather’s big win!