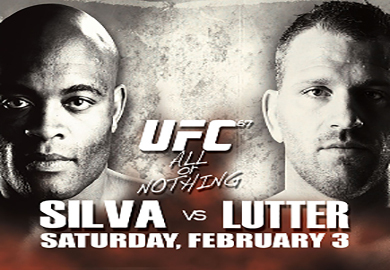 100 UFC events later, and here we are again: Georges St. Pierre defends his championship again— but this time against Johny Hendricks. Much like Matt Serra, most critics were counting Hendricks out before the fight was even announced. With the recent dethroning of the former UFC Middleweight Champion Anderson Silva, is another title change out of the question?

Anderson Silva was once the unstoppable force that Georges St. Pierre is being hyped up to be tonight. As a matter of fact, his first scheduled title defense for his UFC Middleweight Title was against Travis Lutter at UFC 67. Of course, Lutter missed weight and the bout was eventually changed to a non-title contest, but Silva put on an impressive performance nonetheless.

Join me as we revisit what could be considered one of the biggest nights of debuting fighters in UFC history, UFC 67.

Fighters Who Are Fighting On UFC 167 Tonight
None. However, Quinton Jackson made his Bellator debut last night.