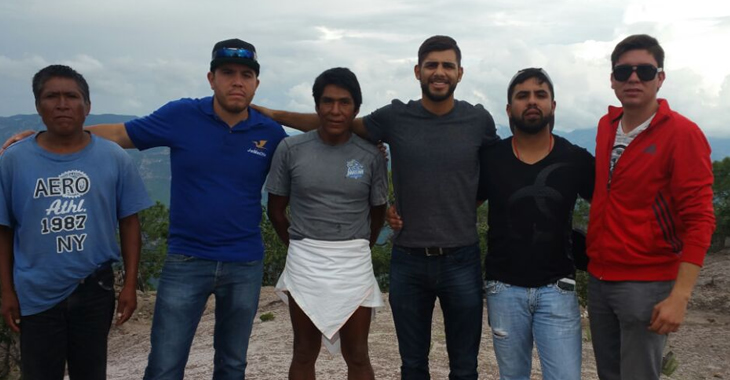 Following the ninja-like fight, Rodriguez took off with a film crew to work on his documentary, “El Pantera” and visited the Taramuhara mountains in Mexico.

While there filming for the documentary, Rodriguez and his crew ran into some bad weather and were forced to fend for themselves for “two days, when weather and extreme conditions made what was supposed to be a day trip turn into a Survivor type 48 hour experience,” according to an email from Rodriguez’s team.

On the journey Yair crosses path with many eccentric characters, including Taramuhara runner Arnulfo Quimare, who is the subject of the 2009 book “Born To Run” and also world renowned concert pianist Romayne Wheeler, who has been written up by the New York Times and helps support the only clinic in the area for the indigenous people of the land.

You will be able to see Rodiguez’s experience in his documentary, which is scheduled to be released early next year.

The Yair Rodriguez documentary entitled El Pantera is presented by the Bowles Law Firm out of Albuquerque, NM, the same law firm representing Diego Brandao. The film is directed by The Mash-Up King, the director of the 2013 Jackson’s MMA documentary The Proving Grounds. El Pantera is due out early 2017 and will document Yair’s experience leading up to his fight w/ Alex Caceres and his extradonairy journey through to Mexico.

For more information check out the Facebook page https://www.facebook.com/ElPanteraMovie/

Rumors have been floating around that Rodriguez is being targeted by the UFC to headline UFC Mexico City.