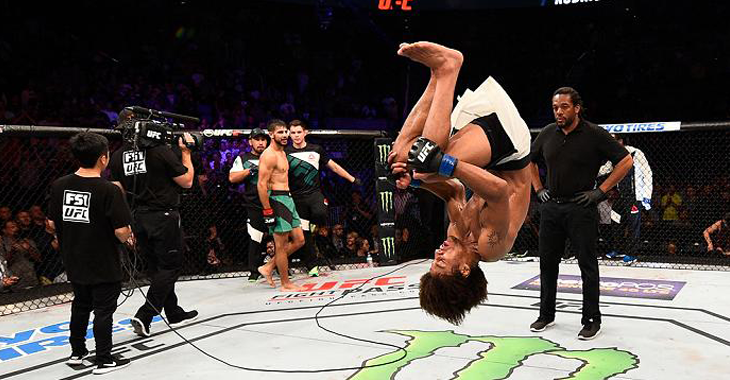 The main event of UFC Fight Night 92 in Salt Lake City, Utah was an insane matchup of two wild styles.

Yair Rodriguez and Alex Caceres threw crafty strikes for all five rounds of their main event scrap that had people highly entertained.

Speed advantage for Rodriguez is significant. Both men pretty reckless at times but I'm not complaining. #UFCSLC

This is some ninja shit happening at @ufc main event!

I like how Rodriguez stole Cacers' double punch move in the second round and they mutually smiled at each other. @ufc

Rodriguez has shown all of his fancy/shiny toys but now is the time to show the real fundamentals of his game if he has them. #UFCSLC

Good job by my boy @panteraufc but judges…