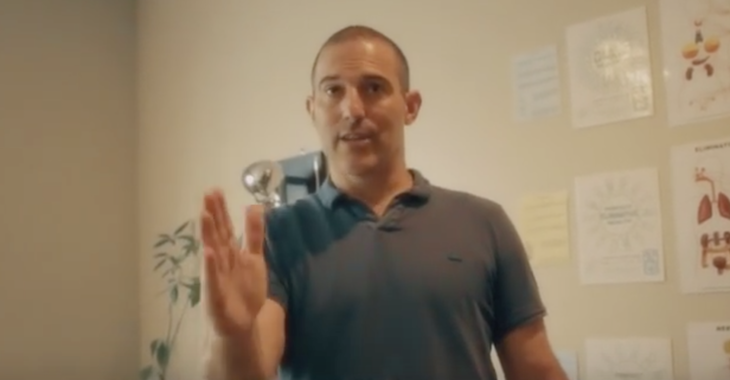 While MMA fans are certainly familiar with the legendary career of our very own BJ Penn, many MMA fans may not be familiar with the man who helped save Penn’s career following his UFC 46 win over Matt Hughes which saw him capture the welterweight championship.

Unfortunately, Penn was experiencing severe neck pain throughout the course of the day. That’s when he met Dr. Pete Goldman, the expert of ‘The Zone Technique’ used to treat numerous top level athletes, as well as ordinary patients.

“I first met BJ Penn in mid 2004. He has already beat Matt Hughes and was the UFC champ. His neck was in pain 24 hours a day, and I think he was even considering retirement and neck surgery. He has tried many things to heal with no success. His MRI indicated some disc herniations. At the time we met, we were only going to be in the same geographic location for a few days. I adjusted him 6 times in those few days and his neck has been 100% since then. BJ Penn is still a close friend and a client.

Many readers may be wondering what The Zone Technique actually is. Dr. Pete explains:

“The zone technique is one of the many techniques of chiropractic and I would say it’s the best. It’s the only technique that I know of that can reset the various brain centers so that they can be in harmony with the systems of the body that they monitor and control.”

Essentially, The Zone Technique follows the belief that many pains, diseases, and discomforts can be cured by balancing one of the 6 zones within the human body by stimulating vertebrae along the spine. When the points along the spine are stimulated, they send signals up through the spinal cord to the zone in the brain, resulting in a balancing of the body, with the end result being healing.

While many may be skeptical of this technique, Dr. Pete says that the best response is results:

“It’s all about RESULTS not theories. I don’t even care about theories, I only care about healing results. So let’s say a patient has had migraine headaches for the last 10 years and has tried many things with no results, my idea would be: ‘come to me and watch the headaches become a thing of the past.'”

Our very own BJ Penn spoke about the results Dr. Pete is talking about, saying:

“10 years ago Dr Pete gave me so much relief from my herniated disc in my neck that it has never been A problem again, from that point on I have been a loyal follower of dr Pete and his works whenever I have a physical sickness or injury dr Pete is the person I contact right away for treatment or advice.”