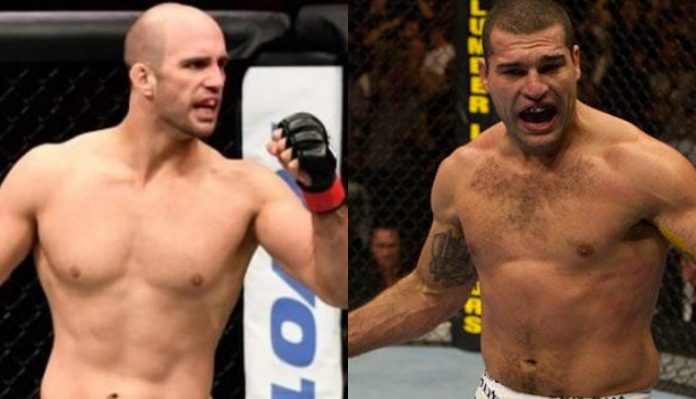 Originally, former UFC light heavyweight champion Mauricio “Shogun” Rua and recent UFC light heavyweight title challenger Volkan Oezdemir were expected to meet in the co-main event of the UFC’s May 19 stop in Santiago, Chile. Regrettably, the legal troubles that currently surround Oezdemir prevented him from travelling to Chile in May, and the bout was removed from the card.

The good news is that this compelling light heavyweight fight has now found a new home. Shogun and Oezdemir will now collide in the main event of the UFC’s June 22 return to Hamburg, Germany, not all that far from Oezdemir’s home in Switzerland.

This rescheduled bout was announced by the UFC over the weekend.

Oezdemir last fought in January, when he came up short in his first crack at the UFC light heavyweight title, succumbing to second-round punches from reigning champ Daniel Cormier. Prior to this setback, Oezdemir went 3-0 in his first three bouts in the Octagon, defeating Ovince Saint Preux by decision in his debut, then knocking out Misha Cirkunov and Jimi Manuwa. He’s 15-2 overall.

Shogun, meanwhile, is currently on a career revivifying three-fight win-streak, composed of decision wins over Antonio Rogerio Nogueira and Corey Anderson, and most recently, a third-round TKO defeat of the durable Gian Villante. He’s 25-10 in sum.

At present, no other bouts have been announced for the UFC’s June 22 return to Hamburg, which will mark the promotion’s second trip to the city. The UFC debuted in Hamburg in September of 2016, with a card that was headlined by a thrilling heavyweight war between former champions Andrei Arlovski and Josh Barnett. The promotion has been to larger Germany five times previously.

Who do you think comes out on top in this UFC Hamburg main event showdown between Mauricio “Shogun” Rua and Volkan Oezdemir? Join the conversation in the comments section below.