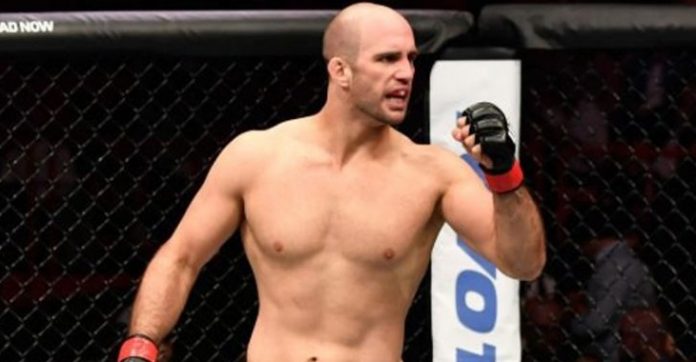 The UFC light heavyweight division is all over the place these days. Their champion is moving up to challenge the heavyweight champion, the number one contender might be moving up as well, and Mauricio “Shogun” Rua currently holds the longest winning streak in the division.

But the wheels have to keep turning! Word out of the rumor mill is that there is potential for a meeting between former title challenger, Glover Teixeira and the most recent title challenger, Volkan Oezdemir. A report initially came out by Graciemag but Nolan King has since said that nothing is official just yet.

UPDATE: Despite @graciemag’s report, a source VERY close to the situation tells me that this bout has NOT been signed yet. Source says it is just a rumor at this time…I’ll keep you guys updated, as I try to get to the bottom of this. #UFC https://t.co/fXmYzKd6eK

UPDATE: Despite @graciemag’s report, a source VERY close to the situation tells me that this bout has NOT been signed yet. Source says it is just a rumor at this time…I’ll keep you guys updated, as I try to get to the bottom of this. #UFC

Volkan “No Time” Oezdemir last fought at UFC 220 in the co-main event against the champion, Daniel Cormier in what was Oezdemir’s first career title shot. The Switzerland native, Oezdemir racked up three top ten wins all within his first year in the organization to earn that opportunity. Two of the wins most notably came by knockouts that took less than a minute to achieve.

Conveniently enough, one of Oezdemir’s victims during his run happened to be Misha Cirkunov who turned out to fall victim to Glover Teixeira in his last outing at UFC on Fox 26 in December.

Teixeira finished the fight with strikes in the very first round which made the Brazilian veteran 5-2 in his last seven bouts with his lone two losses coming to the top fighters at the times in Anthony Johnson and Alexander Gustafsson.

UFC 224 takes place on May 12 from Rio de Janeiro. Several bouts have been reported for this event so far including the bantamweight title fight between Amanda Nunes and Raquel Pennington but the only ones that have been officially announced by the UFC are the middleweight bangers between Jacare Souza and Kelvin Gastelum along with the legends and former UFC light heavyweight champions, Vitor Belfort vs Lyoto Machida.