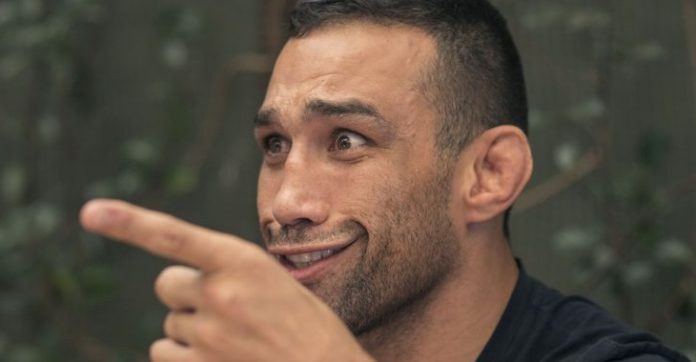 Did you think that March Madness was only a basketball event? Well, this year it might as well be an MMA event!

The month is loaded with some crazy matchups with several different reasons as to why. Comebacks, prospect battles, title fights, champion vs champion fights, big name short notice bouts, there is a little of everything and it is going to be simply awesome.

The vacant strawweight title is on the line. A new champion has yet to be crowned since Angela Hill’s departure from Invicta and return to the UFC. Following her absence, Janaisa Morandin was set to compete in a fight that was a clear set up for who the next possible champion might be. Standing across from her would be former champion, Livia Renata Souza(who has since found her way to the UFC).

Morandin started strong but the more experienced Souza was able to overcome and adapt as she worked out a unanimous decision victory. This is the only loss Morandin has suffered in her eleven fight career.

Her opponent, however, Virna Jandiroba, has never tasted defeat in her twelve professional bouts. In fact, a whopping ten of her twelve wins have come via submission. So you don’t need me to tell you what exactly she’s good at.

The stalky Brazilian, Morandin has the ability to grapple and submit her opponents as well but she’s much more of a power striker that also uses her strength to outgrapple her opponents and drop violent ground and pound. Which is what makes this matchup so fun between these styles.

It’s a very safe bet that we will see both of these ladies in the UFC at some point as they are two very skilled fighters at 115-pounds. Five rounds only add to the exciting potential in this fight. As is the case with the next fight as well… 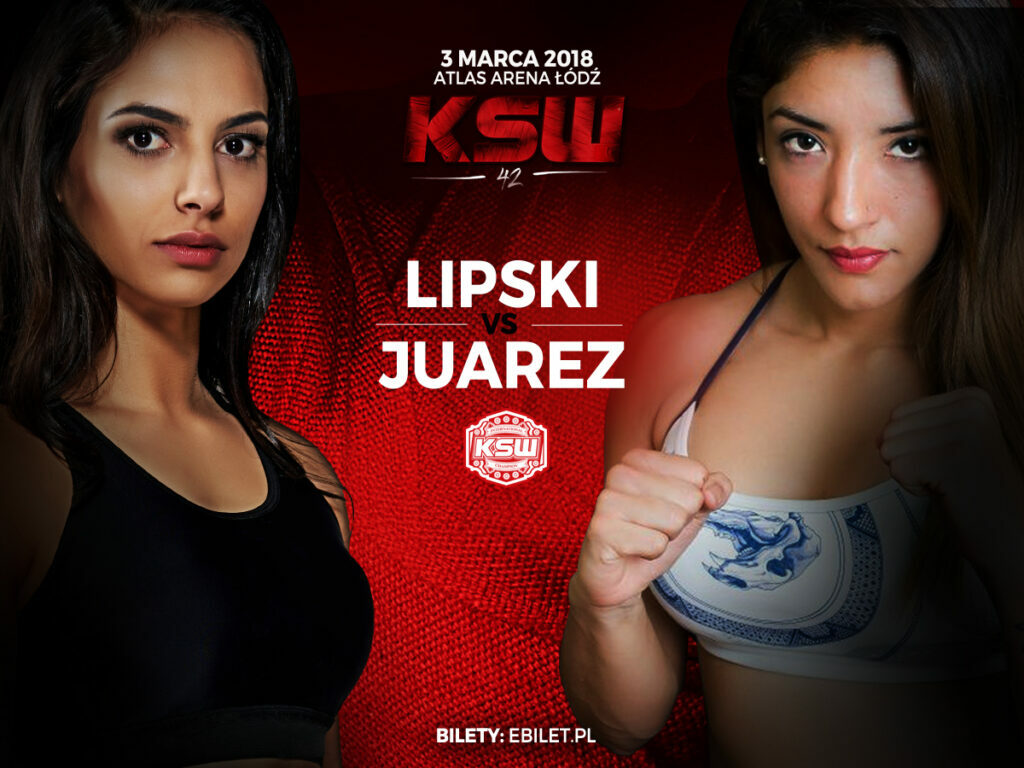 “The Violence Queen” is back. One of the greatest flyweights in the world today is Brazil’s Ariane Lipski. She is 10-3 and currently rides a destructive eight-fight winning streak that consists of six straight finishes(four knockouts, two submissions).

Lipski is scary lethal and technical. No one picks her opponents apart at 125 quite as brutally as she has. And luckily for her, she has an opponent who is totally game for such a challenge.

Argentina’s Silvana Gomez Juarez is relentless. But it comes in waves…but those waves are pretty much full on tsunamis. When she attacks, she’s unleashing at least five strike flurries and looking to put her opponents out whether it be right there on the feet or on the ground after dropping them. At 6-1, only one of her wins has gone to a decision because of this(three knockouts, two submissions).

You may have noticed that Juarez’ name was listed in the honorable mentions against Sabina Mazo… That was not a typo. Juarez will be competing twice this month and both will be title fights. How close together are the fights? Just one week. Yeah, Juarez will go directly from fight week to fight week looking to capture two titles in that span. “Badass” doesn’t do her justice.

With both of these consummate finishers set for five rounds, fighting for a title and looking to keep putting their names on the UFC radar, there should be no shortage of action throughout. Not to mention for Juarez, she will be wanting to prove that she belongs among the ranks of the flyweight division’s best as well as trying to end things early so she doesn’t go into her second title fight the week after too banged up! Just insanity.

Age is just a number for the forty-year-old, former UFC heavyweight champion, Fabricio Werdum! Werdum continues to fight and prove that he’s a top fighter in the world but former Bellator and M-1 Global heavyweight champion, Alexander Volkov is ready to add another title to his collection and to do so he must get through Werdum.

Depending on the outcome of Stipe Miocic vs Daniel Cormier, one has to assume that the winner of this fight will be getting the next title shot. Volkov is currently riding a five-fight win streak(three in the UFC) and Werdum is 3-1 since losing his title to Miocic and his other loss was to a fellow top contender, Alistair Overeem in a very close outing.

Matchup wise, they don’t get much better than this one at heavyweight. Volkov is the tall, devastatingly precise striker while Werdum is the BJJ wizard with continually underrated sharp striking skills of his own and a particularly nasty clinch game. Neither man has shown much sign of slowing down in the past when fights go long but we might see that tested in this one as their styles could cancel out in somewhat of a way that makes this a serious war on the feet and against the cage.

The fight we all didn’t know we would be getting so soon. In a sense, we have the unstoppable force vs the immovable object. BJJ phenom, Brian “T-City” Ortega is 13-0 in his pro career and has finished every single one of his UFC opponents(three submissions, two KO/TKOs). His opponent, former UFC lightweight champion and MMA legend, Frankie Edgar has never been finished in his entire twenty-eight fight, thirteen-year career. Something’s got to give.

Both fighters have proven that they can come back from incredible adversity when the going gets tough. Hell, that’s what he was known for for a good chunk of his career. Mainly after he fought Gray Maynard the second time and survived being knocked down more than anyone else without being finished only to go on to fight it out to a draw. Multiple fights that follow had similar tones for Edgar.

Ortega has become notorious for pulling out miracles late in his UFC career. Four of his five UFC wins have come in the third round after he was well on his way to losing. Which is what makes him so dangerous.

But in his last fight with Cub Swanson…we saw a different Ortega. He was a more crafty fighter who was well prepared for the early stages of a tough fight. And it paid off when he submitted Swanson with a fantastic standing guillotine that would have been hard for anyone to escape.

Frankie Edgar is incredibly experienced, durable and well rounded. His recoverability is second to none as is his balance between wrestling and boxing. It doesn’t get much harder to predict such an interesting matchup. Martin Nguyen is chasing history like no one else ever has before. He’s attempting something that Conor McGregor could only dream of(and probably has for that matter…).

The 10-1, Nguyen is the current ONE Championships’ lightweight and featherweight champion. In this fight…he will be attempting to capture his third title in his third weight class.

The bantamweight champion that he faces will be the toughest champion and opponent he’s fought yet. The 21-3, eight-year unbeaten, Bibiano Fernandes has long been considered one of the best if not the best 135er outside of the UFC for practically ever now. And his six title defenses and DREAM featherweight title and bantamweight tournament wins support those opinions.

Nguyen has never gone to the judge’s scorecards in any of his fights and even avenged his only loss when he won the featherweight title by TKOing 15-0, Marat Gafurov. Another crazy stat, nine of Nguyen’s eleven fights have ended in the second round or earlier.

Size advantage clearly belongs to Nguyen, experience and veteran savvy to Fernandes. Nguyen is the definition of a finisher as he’s always looking to put his opponents away and has power in both his hands. Fernandes is quick, calculated and can be a grappling nightmare if he gets ahold of his opponent. We don’t get fights like these every day.

History is on the line and surely someone like Bibiano Fernandes will not want to be on the opposite end of that.