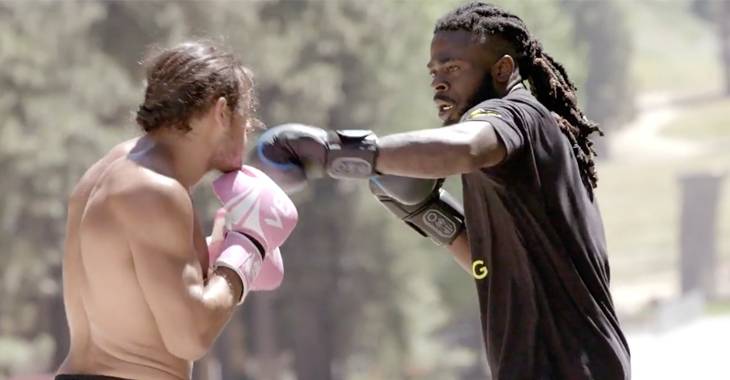 Kimbo Slice’s son, Kimbo Slice Jr., has just recently signed with Bellator, where his father fought before his tragic untimely passing in June.

‘Baby Slice’ is set to make his debut at Bellator 162, and the Spike-based promotion released a promo this week about their newest signee.

Check out ‘Baby Slice’ below as he discusses his father while he prepares for his Bellator debut!

‘Baby Slice’ has yet to have a professional MMA fight, however he has had several amateur bouts, one of which garnered a good deal of attention following a blistering knockout at the hands of Kimbo Slice’s son. ‘Baby Slice’ channeled his father while knocking out fellow amateur Tom Brink in March. His father, Kimbo Slice, had fought twice for Bellator before his incredibly unfortunate passing in June at the age of 42, following his fight with Dada 5000, who was also hospitalized following the bout.

While his father competed solely at heavyweight, ‘Baby Slice’ fights in the welterweight division.

“Fighting is definitely in my blood,” Baby Slice said. “Since I was 12-years-old I was always stepping up to my brothers and sisters and getting into fights on the street.”

How do you think ‘Baby Slice’ will fare in the Bellator cage? Will Kevin Jr. successfully carry on his father’s legacy in his first pro-MMA fight? Sound off, PENN Nation!