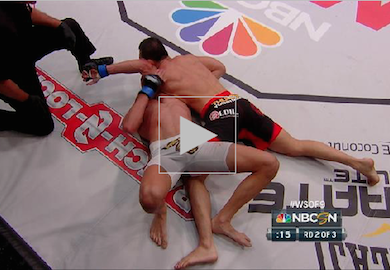 Following his unfortunate release from the UFC, top middleweight fighter, Yuhsin Okami, returned to action over the weekend under the WSOF banner.

The UFC veteran was able to secure a submission in the bout, giving him the first win in his post-UFC career.