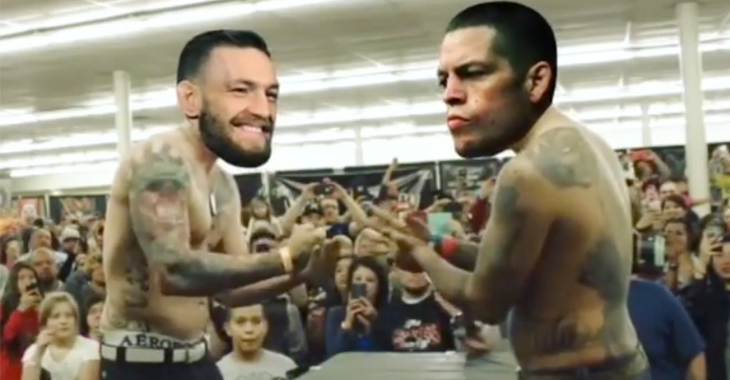 Some fans could not wait.

Check out this hilarious edited video of Diaz and McGregor go at it in a slap contest. While Diaz is already known for his “Stockton slap,” McGregor has been obsessed with the fact that he lost to Diaz at UFC 196.

As one of the UFC’s biggest attractions, McGregor requested the immediate rematch that will take place once again in a non-title welterweight bout that will headline UFC 200 in July.

Will Diaz once again get the better of McGregor with a full fight camp this time around and serve the “Stockton slap” on McGregor? Or will the obsession of “The Notorious” give him what he needs to overcome Diaz?

Share your thoughts with us in the comment section on the rematch between Nate Diaz and Conor McGregor.