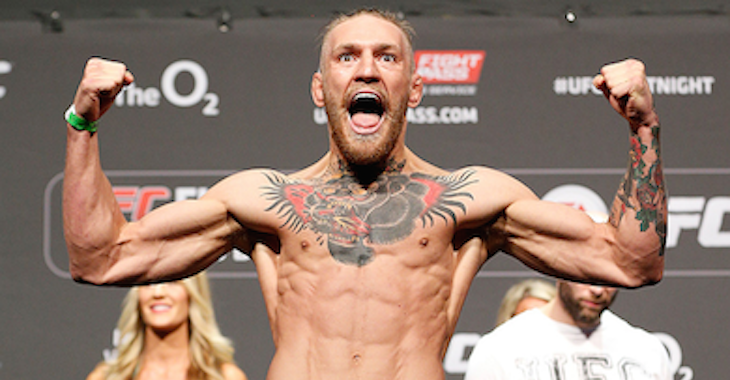 Conor McGregor has not let the loss to Nate Diaz at UFC 196 slip his mind. “The Notorious” called for an immediate rematch with Diaz, and that is just what the UFC set up for UFC 200.

McGregor’s manager, Audie Attar spoke to reporters at a UFC 199 media day on Wednesday and revealed some interesting information regarding “The Notorious.” (transcribed by MMA Fighting).

“For him, that loss in itself, because of how he was performing until it went the other way is yet again fueled by his own self-belief system, confidence and desire to want to continue to push the envelope with his athletic ability and his skills, no matter who is in front of him,” Attar said. “It happens to be the guy who beat him. He wants to put the same canvas up and paint a different picture for the audience to watch. And that’s what it’s all about, really.

“Economically, business-wise it makes sense as well. So you check all the boxes.”

Regarding McGregor and his state of mind following his first loss in the UFC, Attar had one word.

“Obsessed,” Attar said. “Obsessed with it.”

Attar said that McGregor and his head coach John Kavanagh watched the fight on their phone immediately after the loss to Diaz about “20 times” before they even made it to the post-fight press conference.

We will see if McGregor’s obsession will result in a win with undoubtedly a tougher Diaz who will have a full camp to prepare for the rematch at UFC 200.