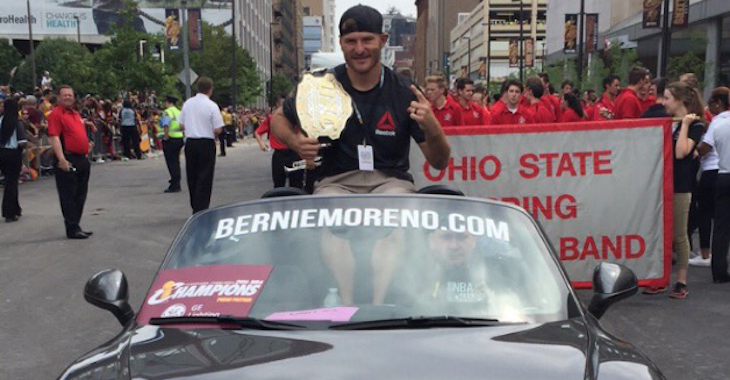 This past weekend, the Cleveland Cavaliers defeated the Golden State Warriors in game 7 of the NBA Finals to win the NBA Championship and end the city’s 52 year streak without winning a major sports championship.

On Wednesday the city held the championship parade for the team, which was led by none other than Independence, Ohio native and UFC heavyweight champion Stipe Miocic, who recently defeated Fabricio Werdum back in May.