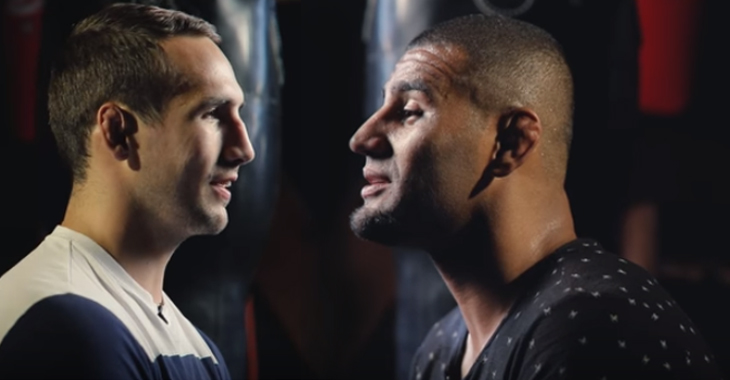 Rory MacDonald has moved on from the UFC and has set his sites on Bellator gold. In January, he’ll take on their welterweight champion Douglas Lima in January. Both fighters sat down and were asked questions ahead of their encounter about a wide variety of subjects. Asking fighters about what they’d do during a zombie apocalypse is a welcome change from the same questions they get every week. One MMA subject they talked about were which strikes they would make legal blows in the cage.

“I think headbutts would be number one. That would have to change. It’s just an effective tool that a lot of people wouldn’t be able to stall in a lot of positions. They’d put guys on the bottom at a severe disadvantage and would change the dynamic of the guard and jiu jitsu players. I think it would just change everything. Then followed up by knees to the head on the ground, kicks to the head on the ground, and vertical elbows.” — Rory MacDonald to MMA Fighting.

Both Douglas Lima and Rory MacDonald seem to agree on legalizing 12-6 elbows, which has been debated about for years. MacDonald went a little bit further and said he’d want knees and kicks to grounded opponents as well as headbutts. They may seem barbaric, but is it really any worse than watching someone hit their opponent in the head with their shin as hard as they can? Of course, it’s just fun to talk about PRIDE rules being brought back but it probably won’t happen. However, the UFC and MMA as a whole is no longer fighting for acceptance like it was before it could even get on pay-per-view. If they wanted to sneak in some violent rule changes then it’d be a good time.